Doha (NNI) Recently when Prince Qatar al-Shaykh Tamim bin Hamad Al-Thani proudly attended a dinner hosted by President Donald Trump in Washington, other guests present at the dinner included the chairman of Georgetown University. Were present. Georgetown is one of six universities in the United States that are funded by Qatar and also have sub-branches in Qatar.

According to media reports, Amir Qatar’s meeting with US President Donald Trump did not last long, but the US ministry The Treasury has launched a Qatari funding investigation at Georgetown and three other Texas Texas A&M, Cornell and Rutgers universities. US monitoring officials say Qatar is the largest donor to US universities overseas. The US administration says the university has received funding and gifts from abroad. I did not inform the federal authorities.

According to the news agency, the US federal government does not have a list in which to inform the educational institutions in the states about the money received from various sources abroad. US researchers instruct most universities nationwide Provide details of the amount and donations received from abroad over the past few years. The universities have been asked to specifically mention the donations made by China and Qatar in the letter addressed to them. At the moment, cooperation between the US and China in education sector and relations is also strained while the United States regards Qatar. Has many reservations.

These six universities also operate sub-branches in Qatar. The Qatar Foundation, under the ruling family of Qatar, provides $ 40 million annually to Virginia Commonwealth University. A campus of this university is also located in Doha, the capital of Qatar. According to the American newspaper, US Department of Education officials also investigated contacts with Georgetown University and Texas A&M universities in Qatar and China’s technology company Huawei.

Are going US authorities suspect that Huawei can spy on US national security and smartphone with theft of US national security secrets. US Department of Education sends harsh messages to Qatar-assisted university heads In which they have been advised to provide details of assistance received from Qatar and abroad within 30 days or else severe legal action may be taken against them. 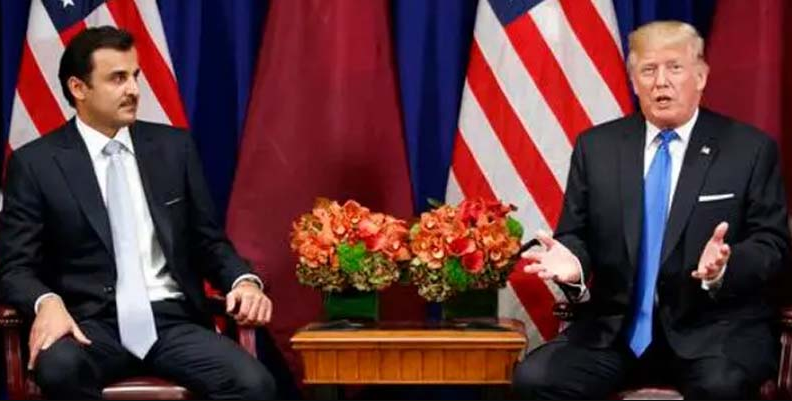